Just about to put my entry in and would like to get confirmation that I've got the right class.

Capacity: 1621cc
Fuel: running on 98 or 100 RON with 5% ethanol
Car is supercharged (Supercharged version was never produced so this puts me outside of Production Class)
I have no bumpers, lexan windows and may fill my drip rails so this excludes me from the Gas Coupe class which kinda only leaves me with with the ALT Coupe class

However, the ALT Coupe class states that to be considered I must have one of the following modifications:

I have none of these mods.

Seems like a bit of contradiction between the class definitions but I think I'm on the right track.

Key word for class compliance in this case is 'must have one of the following modifications'
To be within the spirit of the rule you need to have a go at one of them. Obviously engine set back is out.
Cover the headlights, maybe?
Add an airscoop to the grille, could be an advantage.
Step pan, it is already fairly flat, could it be improved?

Could go for a step pan, if I knew what that was

Momec3, I agree thats exactly what it states, however I think I am specifically excluded from the gas coupe class. Here's some further (pertinent) info that I missed out in my first post. (sorry it was very late)


The following are NOT permitted: ... air ducts... supercharging... body or interior gutting...

So that excludes me from production

Within the Modified class definition the following is written:


Gas Coupe is basically a Production car with an engine swap... This class encompasses coupes, sedans, and convertibles which must have an engine swap, quickchange rear end, or a non-stock supercharger

Ok. So thats me right there in the gas coupe class, however it then goes on to say...


NOTE: Any "narrowing" or fairing of bumpers into the body will result in the car being placed in Altered Class. Bumpers must be stock and in stock position.

I don't have bumpers, I've removed them to help improve aero. So as far as I can see I cannot be in the gas coupe class and it appears by default I am in the altered class. Like I say, the definition is very contradictory as I do not have any of the four pre-requisite modifications stated above but I do seem to fit into the class by default due to my lack of bumpers.

I'm not really fussed what class I'm in, just wanted to get it right on my application, but without having any other info I've made my application in the BGALT class to avoid having to pay a late fee.
#809

Even the definition of 'Step pan' is confusing in your case with the motor at the wrong end.
4.EE STEP PAN.
A step pan encloses the area on the bottom of a vehicle between the aft-most portion of the firewall to a line 10 inches forward of the rear axle centreline.
The step pan shall be no lower than the frame at any point plus the thickness of the material used.It shall be flat and parallel to the ground side to side.It shall be no wider than the frame rails.
From the rear edge of the step pan, 10 inches or more foward from the centreline of the rear axle, the step may transition up to the floor pan at a 45 degree angle.
A box may be constructed to enclose the portion of the transmission which protrudes through the step pan. The box shall be rectangular in design, flat on the bottom, covering only the exposed portion of the transmission. The box shall not be tapered in any way; maximum clearance from the transmission shall be 1 inch.
Chassis cross-members are not considered part of the frame from the purposes of this rule.

Note: A step pan shall not be considered as part of a belly pan for classification purposes.

OK long-winded but that's a step pan.
Be easier to put some simple headlight covers on to get you in the class.

Not that i'm not already confused (that's an understatement). If the car cannot be in Production or Gas Coupe, and it's not eligible to enter Altered Coupe what class should it be in? It seems to be in no-mans-land. If it is not eligible for any classes does that mean that I cannot race? Seems pretty daft to me.

Not really sure how I can make headlight covers up on a bug as the headlights stick proud of the wing, hopefully these will suffice. 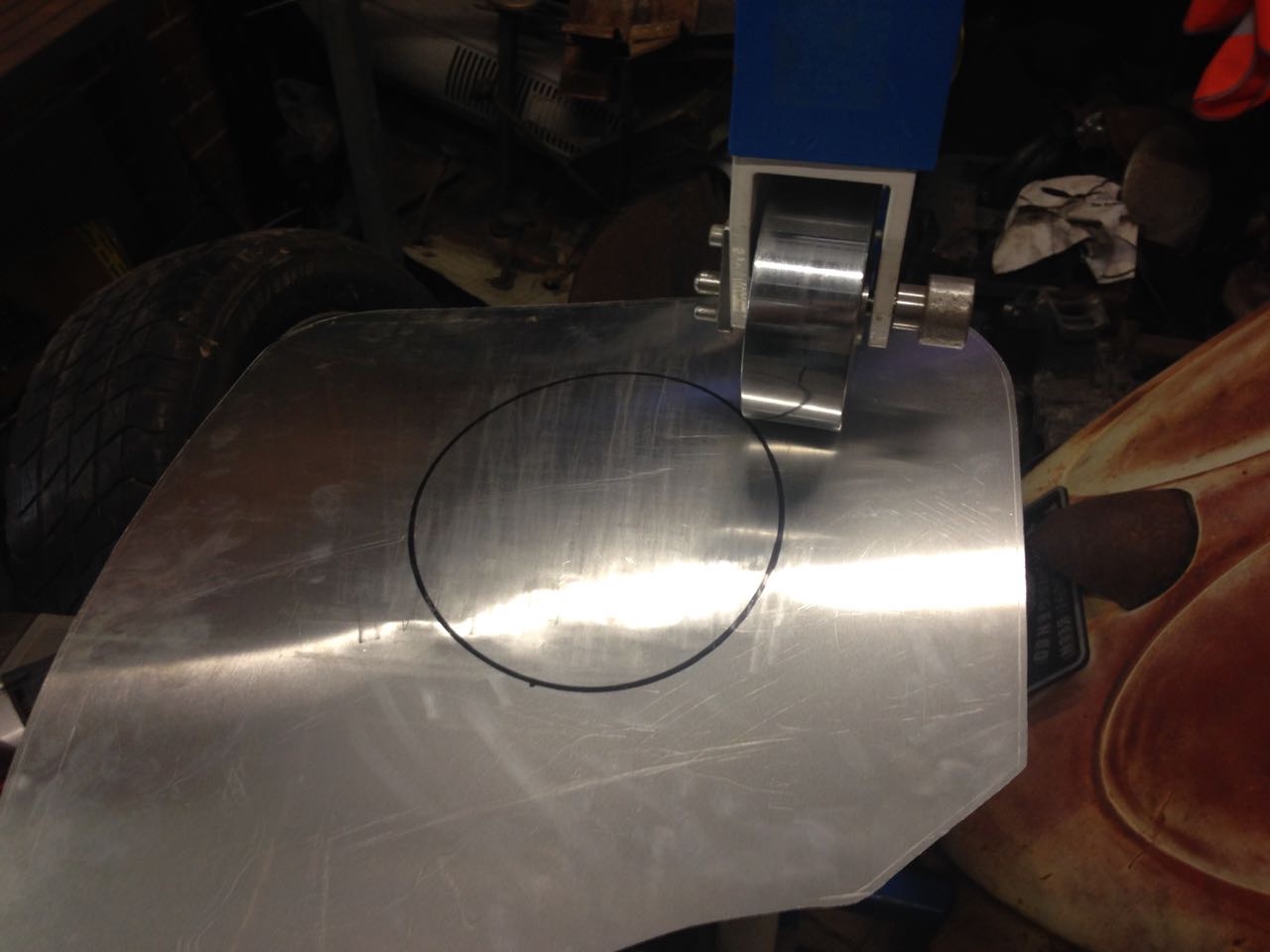 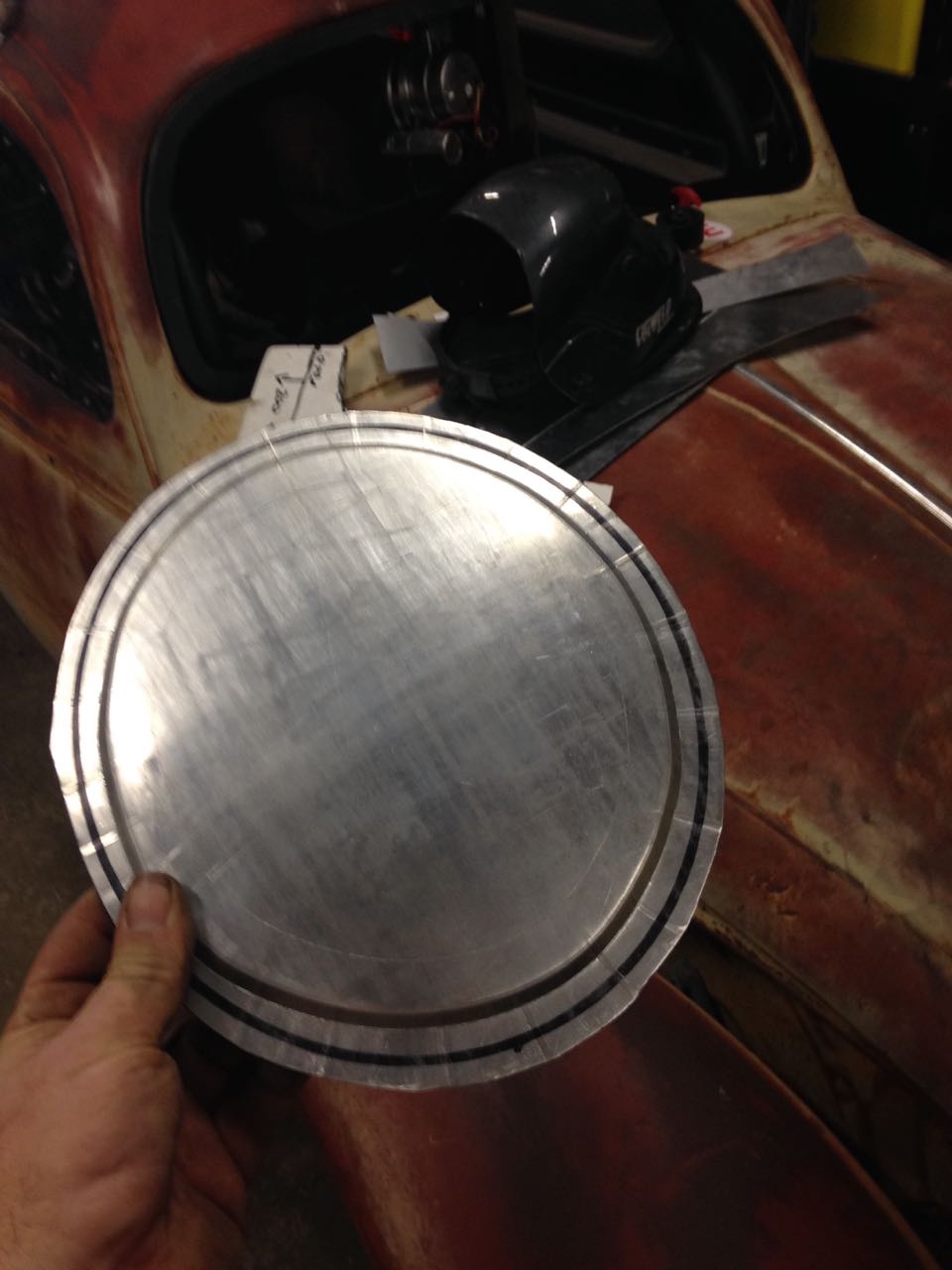 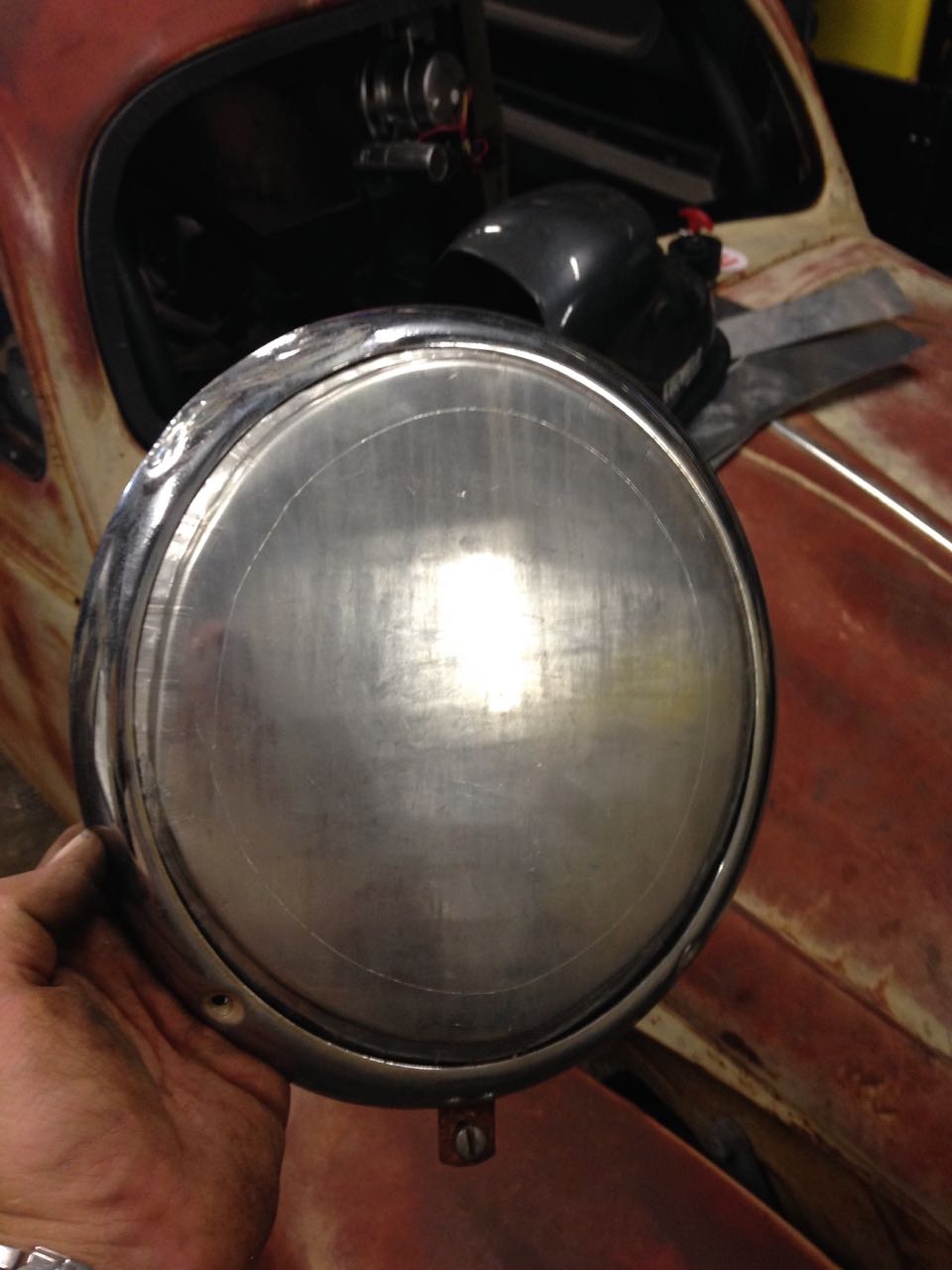 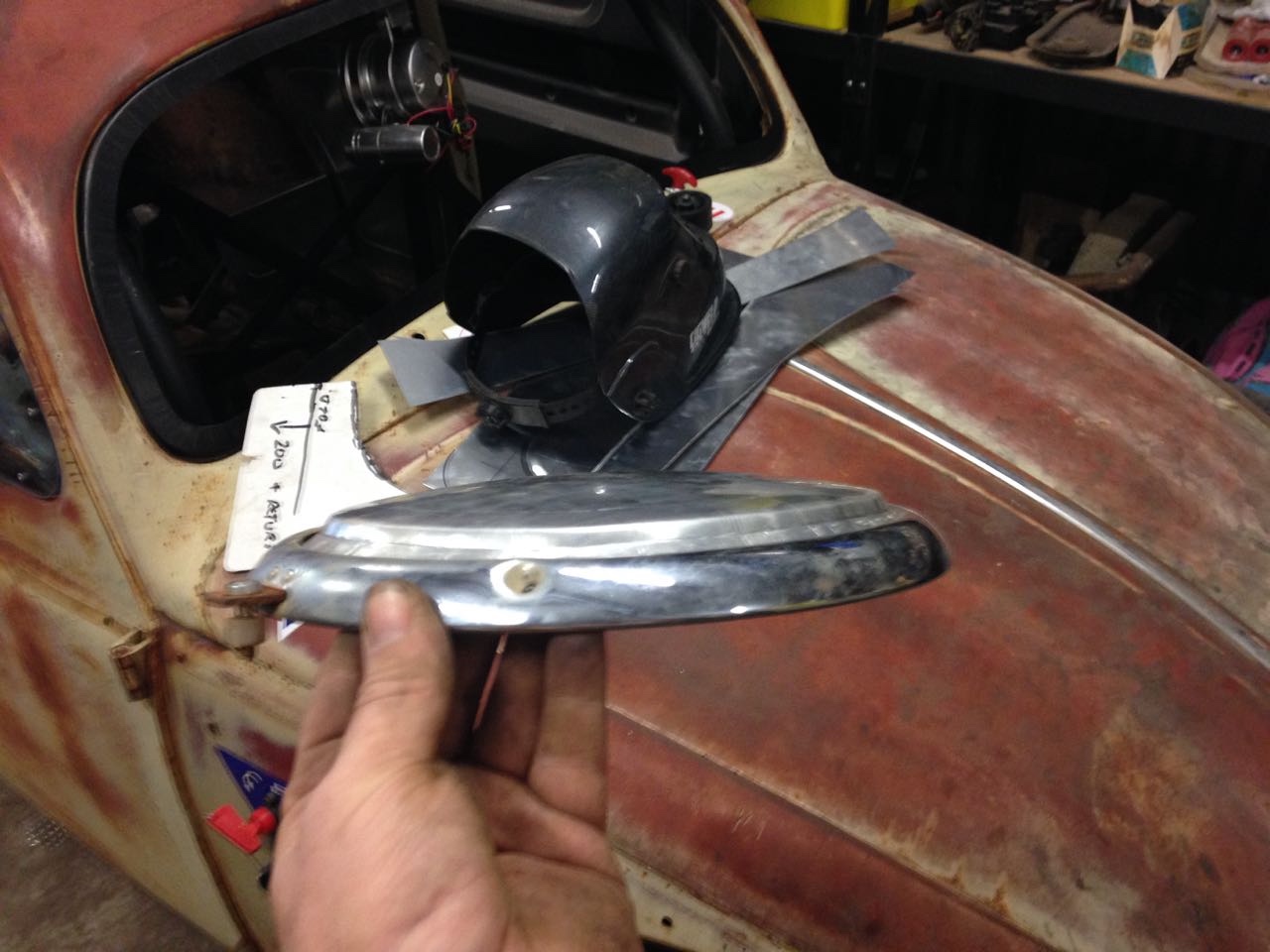 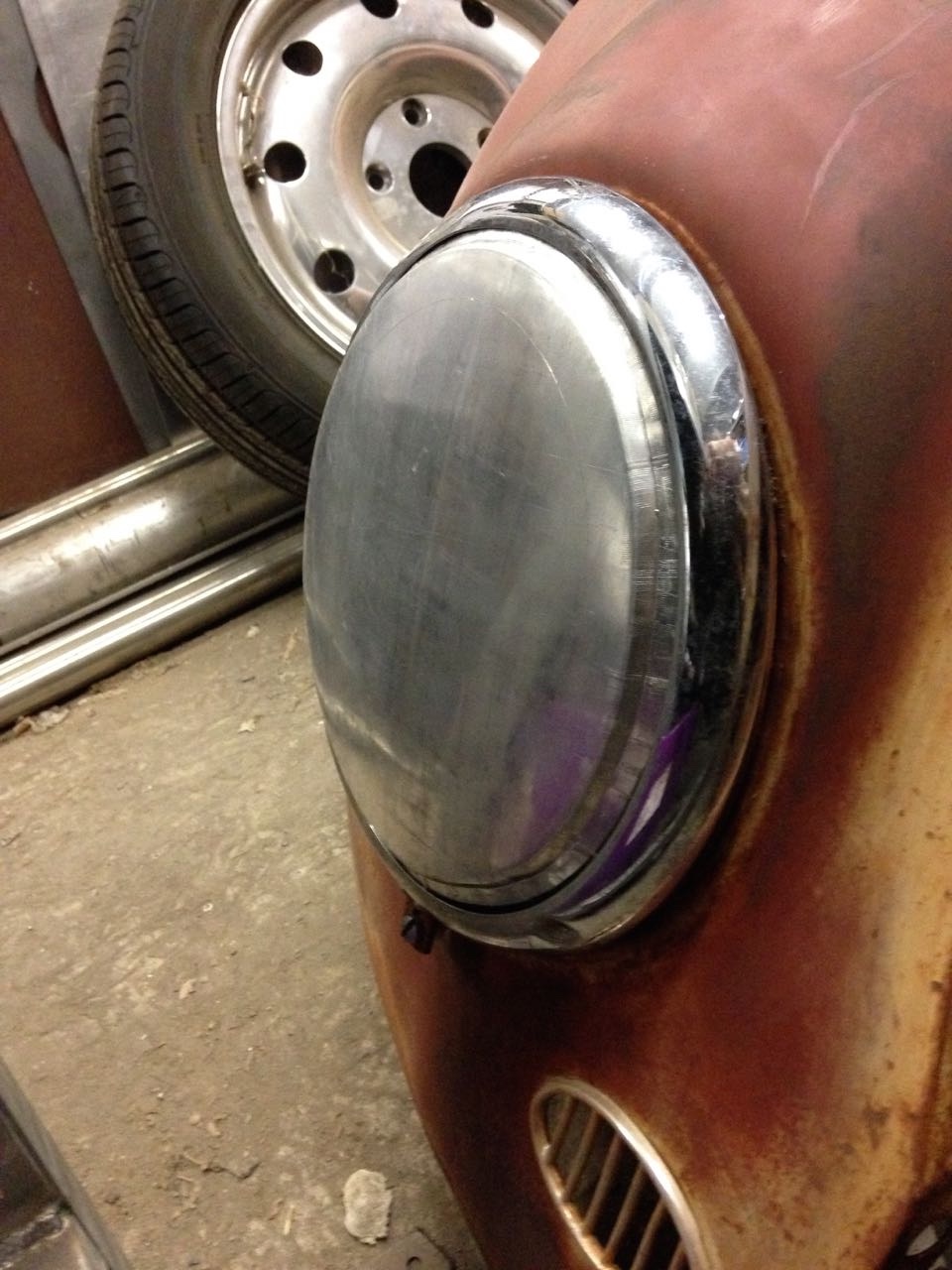 and is that a grill of sorts in the last pic

Greg Watters wrote:Looks like a headlight cover to me

and is that a grill of sorts in the last pic

Funny you should mention that, I'm in the process of designing a front air dam for it, something along these lines...

That'd definitely cover those grills up
#809

Problem solved. Its a matter sometimes of being seen to comply, then no one can protest you and you will genuinely own any record you achieve.
Chris
Top
Post Reply
8 posts • Page 1 of 1