by internetscooter
Sorry I am behind on this - here is what I have so far...

I have processed the files so the names are easy to recognise. "B8" is Band 8 which is the most "camera photo" like view of the Lake. There seems to be an issue with the thermal imaging and I will work on those images in the coming week.

I am also going to experiment with some phone apps that allow you to add an image associated with GPS cords. I am hopping that you can take the images I have and use them in real time while driving around setting out the track.

by DLRA
There are very interesting Paul, as I was downloading them (before actually seeing them) I was thinking of making an animated GIF but it wouldn't have the effect I was looking for. Bloody clouds!

by internetscooter
There is another one due before the lake inspection, so I make sure that gets processed as soon as it arrives. We have a new start at work who also has experience with processing satellite images so I have another brain to pick

by gennyshovel
Thanks again Paul, it took a while to download the images, but it happened eventually,,,
Tiny

by internetscooter
5th of Feb one just arrived - I have to process the big data set but here is the landsat provided colour image ( which I now understand as all the data from each band combined to produce a colour picture). Looks like there is a bit of water about... 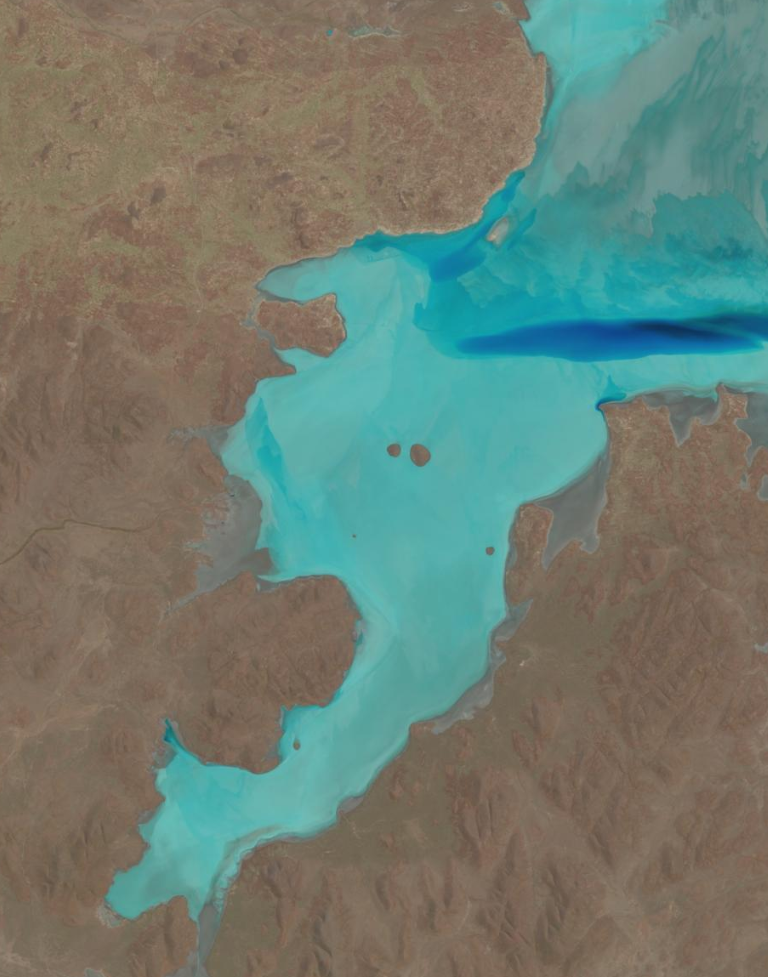 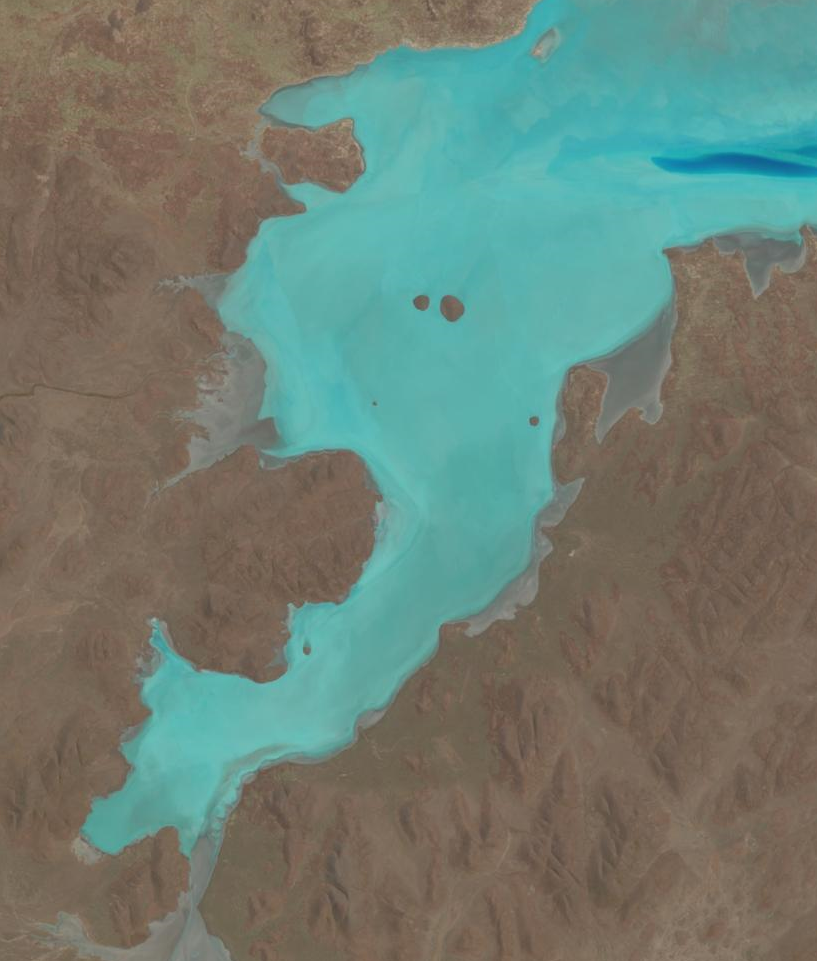 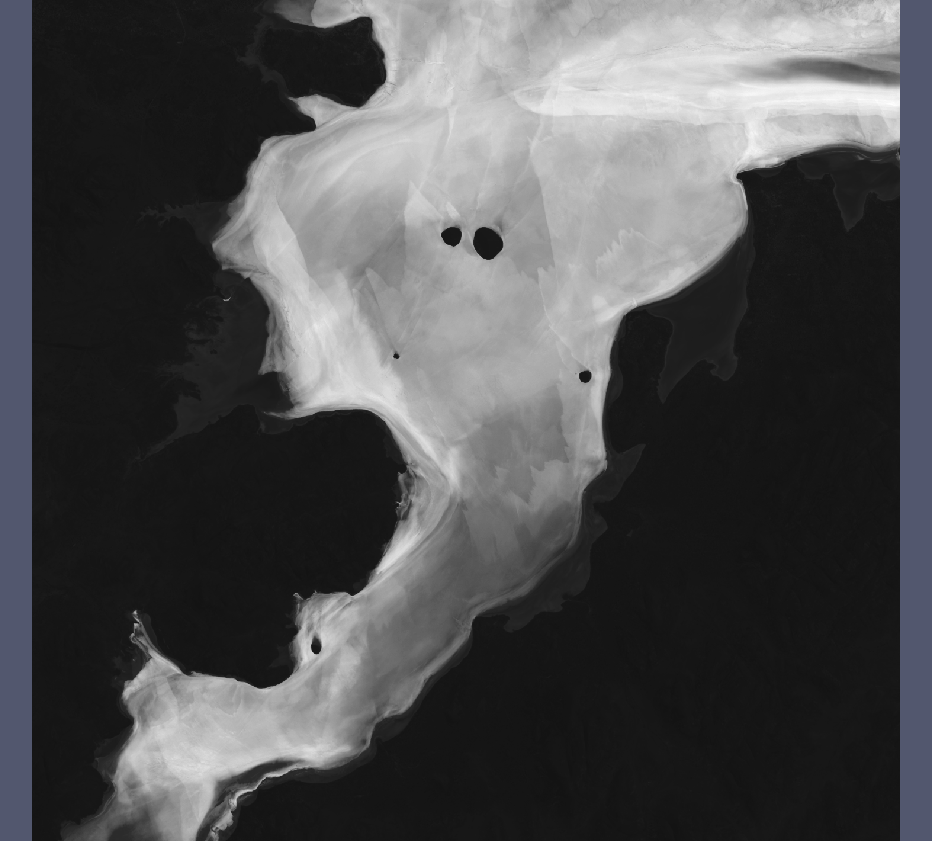 Using my steps with the full B8 image here: http://www.vespalabs.org/projects/lake- ... te-imaging

by Greg Watters
That bk and white image shows clearly where the wind has swept the water since the 5th , fairly prevailing from the north west unfortunately
and its quite dark around the canteen , hope that becomes lighter next week

by Mossy
Forecasting temps around 40C this coming weekend 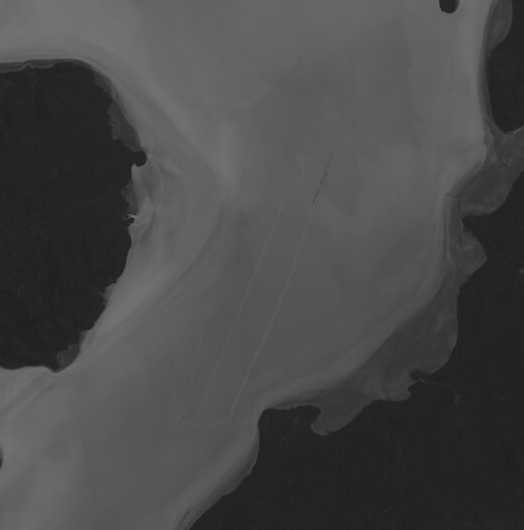 Would be interesting hear what the change in color from top to bottom of the pits felt like in surface conditon?

by DLRA 112
Now that looks interesting.

by Lynchy
That change of colour section looks to be at the 2-3 mile area where we've previously had a transition of salt conditions from wet to dry. A few years back there were a lot of spins at that point and the salt was breaking up. I hope it's not like that this year for the guys out there.

by Greg Watters
Generally the surface was quite dry , apart from the return road on the No2 course ,which had water visible in the bottom of a wheel track and a damp surface in that area , shows clearly in the image you posted Paul
Subsurface was wet , the salt had a gray hue between pressure ridges and around raised vent mounds , in the US this can change from the dirty colour to stark white in a few days as it drys out but here its trapped between layers , tech screws going in fairly easy to a point then getting tight and stalling the drill as you got through the damp layer

I cant comment about the track after the 4 mile , it was a bit squirmy just before the 1 but good between the 1 and 4

Oh the track onto the lake has its usual soft sandbar just under the surface at about 150-200m out , the extra mats were very much needed and did a great job of limiting damage

by internetscooter
thanks for the feedback - the thermal imaging was not available due to an error in the sensor - I think they will be providing it once they work out how to factor out the error, so I can revisit it when the data is available.
All times are UTC+11:00
Page 1 of 1