The Official publication of the Dry Lakes Racers Australia

Another pic I found after a quick search..

I nearly had a psychic girlfriend but she left me before we met.
Top

http://www.dse.vic.gov.au/CA256F310024B ... s+2009.pdf
Spiny Peppercress .It seems the lakebed may be the home to seeds of a rare plant so i wouldn't get your hopes to high ?
glengowrie annexe of the Institute of Backyard Studies
Top

Evening all,
If I can make this work here's some photos I took from Oct '06.
Benambra in the background, entire surface covered in grass, standing water to the SE, definately no salt but
quite a few grazing cattle.
Everyone bring a Victa!
Cheers,
Dave. 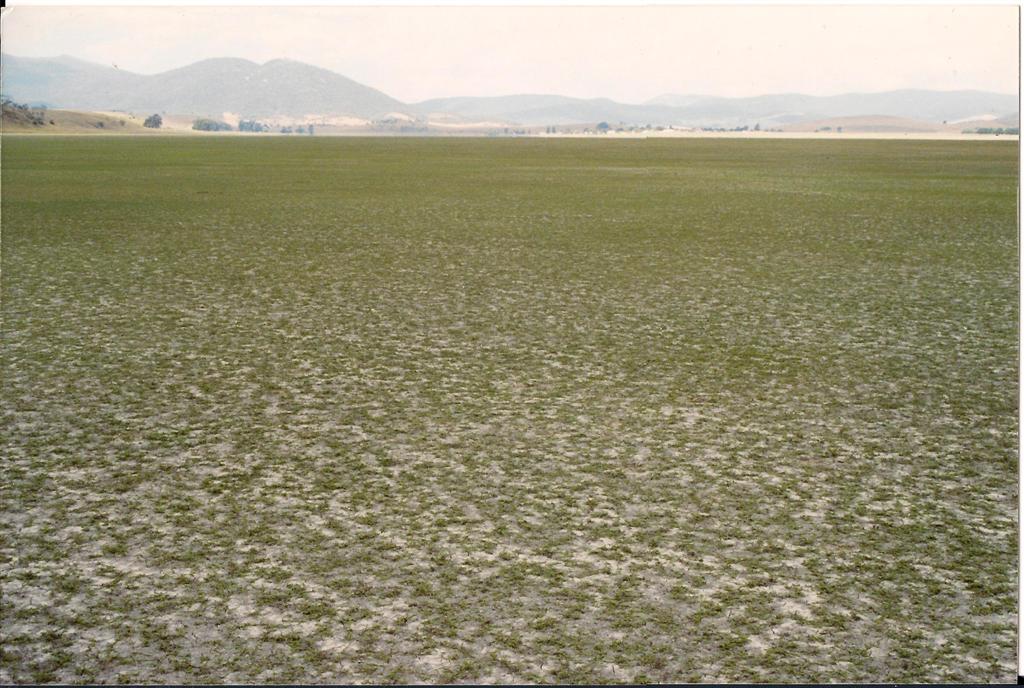 Perfect! if the grass is as sparse as it looks there it's ideal because the roots will hold the surface together better and yet not too dense so as to kill traction......hmmmmm might have to fit some front brakes and look at lifting the ride height............................
...few understand what I'm trying to do , but they vastly outnumber those who understand why..
Top

From what I've just read on other sites it seems the spiny peppercress is endangered and only found in a few states, even then it is still hard to find at times. Maybe we could offer to try to propagate it and plant lots of it after every event in the SW corner of the lake that looks like the wettest part and may be the best spot for it. Anyone know anything about pot plants? (pun intended!) Other than that the lake looks very good. Thanks to everyone for the new photos. I look forward to hearing what Cled and Spook and anyone else who visits can tell us.

Maybe the peppercress thing isn't as much of a problem as we first thought. It's probably seasonal like most plants, so perhaps we could use the lake when it wasn't growing and if the stuff is very rare there's a good chance there'll be little if any of it on the ground anyway even when it's supposed to be there. If we have to have plant experts check the lake before we use it then so be it. If they find any that isn't necessarily an insurmountable problem either because the course could be moved enough to go around it. If we could propagate the stuff (which apparently isn't easy anyway) we'd be smart to plant it all somewhere else!

Looking at the Planning Scheme Ordinance -
From the zoning(PPRZ),
motor racing or timed speed events is not specifically forbidden either at a State or Local Level
nor is it specifically required to obtain a Planning Permit.
More likely it would be deemed not require a permit.

If we were to make application, indicating that we would undertake some form of re-vegetation activity would be a good idea.
Keep the shiney side up........
DLRA WebMaster / Editor
Top

The last thing we want to do is upset the old Hairy Anchor,hey !!
Top

Pete, sometimes I think those botanists are fooling around just to see if anyone notices. Did you see the Latin name? If they find a variation without the tiny leaves I bet they'll call it Discardia Pubescens

Seriously though, that plant is big, anywhere between 0.5m and 2m, with a trunk up to 150mm thick. It is also extremely rare as it doesn't drop enough seeds to grow lots more plants. Anyway, lets keep digging, we should know about everything that might stop us running there. Dave Leaney said he saw cows on the lake and the report I'm reading says that young shoots are particularly susceptible to rabbits and grazing stock so maybe we should bring some rabbit traps too!

What about the traditional owners permission

From this map I thought it may have been part of the Alpine National Park, but this map from Parks Victoria clearly shows it is not.
http://www.parkweb.vic.gov.au/resources07/07_0275.pdf
Keep the shiney side up........
DLRA WebMaster / Editor
Top

Do you really think that we would be able to run over any of them plants? I'm betting not. I can hear their loud screams of protest already.

Imagine how many plants would be injured by a pair of skidding wheels of a Dry Lake Racer thundering over the top of them.
In saying that, I'm normally an optimist, so unless you ask, we won't know. So lets give it a go.